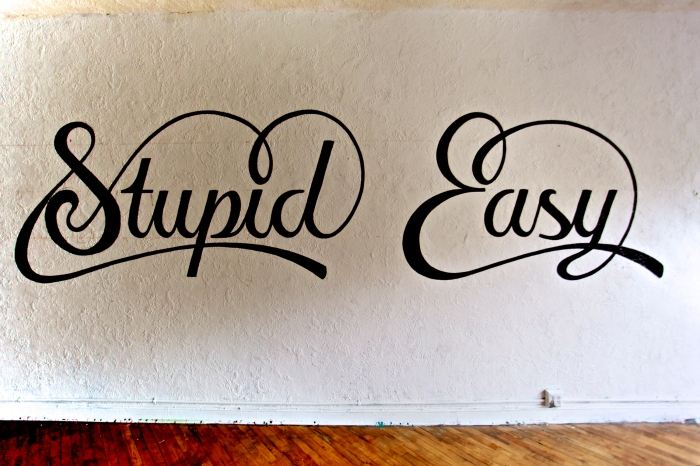 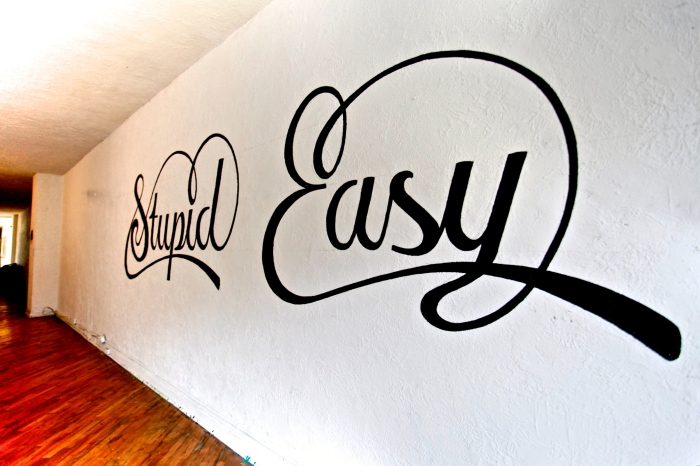 Stucco is not the easiest surface to paint letters onto. Actually, its dumb hard. But I’m happy with how it turned out. The design is inspired by one of the nations first reoccurring railroad Monikers. “JB King Esquire was a commonly used signature by many workers. It’s rumored that it became part of a game played by railroaders among themselves. They would see who could complete the complicated signature in one continuous line, including the dot on the letter “i.” –Freight Train Graffiti

Feel free to check out my guys at Stupid Easy Ideas